The graphic system of the portable game console project is implemented! In addition, the clock control and power saving stuffs are also implemented. This blog post focus on Graphic System. I'll save other stuffs for my next blog post.

I've modified the sample program that I made for testing storage system, input system and synth system. Now that it's also capable for testing the new graphic system!

The updated sample program draws a lot of stuffs on the LCD, including a background image loaded from a resource in the ROM, a square, and system information like system tick, clock frequency and sleep mode. 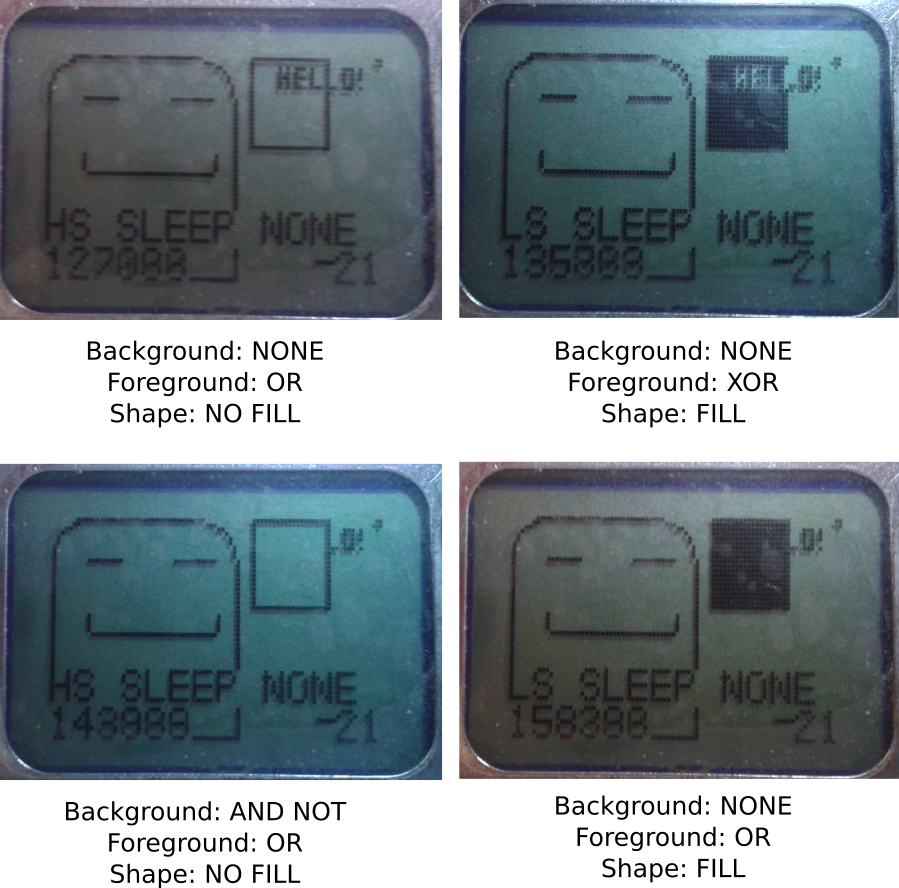 Due to flash space constraint, some graphical features were removed. They include ellipse, triangle, line and dot drawing support. :(

We have 16kB of flash in total. Currently the bootloader and library takes 10kB, which is taking more space than the originally planned 8kB. It'd be even worse if these features were enabled. :(

Fortunately, it's still possible to draw those shapes by implementing the drawing function in the game itself.

Other Progress to be Blogged in the Future

I've already implemented the following features. However, these features deserve another blog post. I'll blog about them later.

I'll be working on the following stuffs:

That's it for now. I'll update you guys for any progress! :)