Start your new year with the song that I've just released! Announcing Axial Inclination, the first English song that I've ever produced! This song is released under CC BY-NC 4.0 license. The source files of the music is available at the end of this blogpost.

Just like the last song, I made this alone. The music were made with LMMS. The workflow of making this song is a bit different from the last one. This time I use diffient harmonization over different part of the song so that it sounds less dull. I'd also carefully mixed the instrument tracks to add some dynamics to that. Hopefully it makes the song sounds better than the previous one. :)

Here's a screenshot during the production of the song: 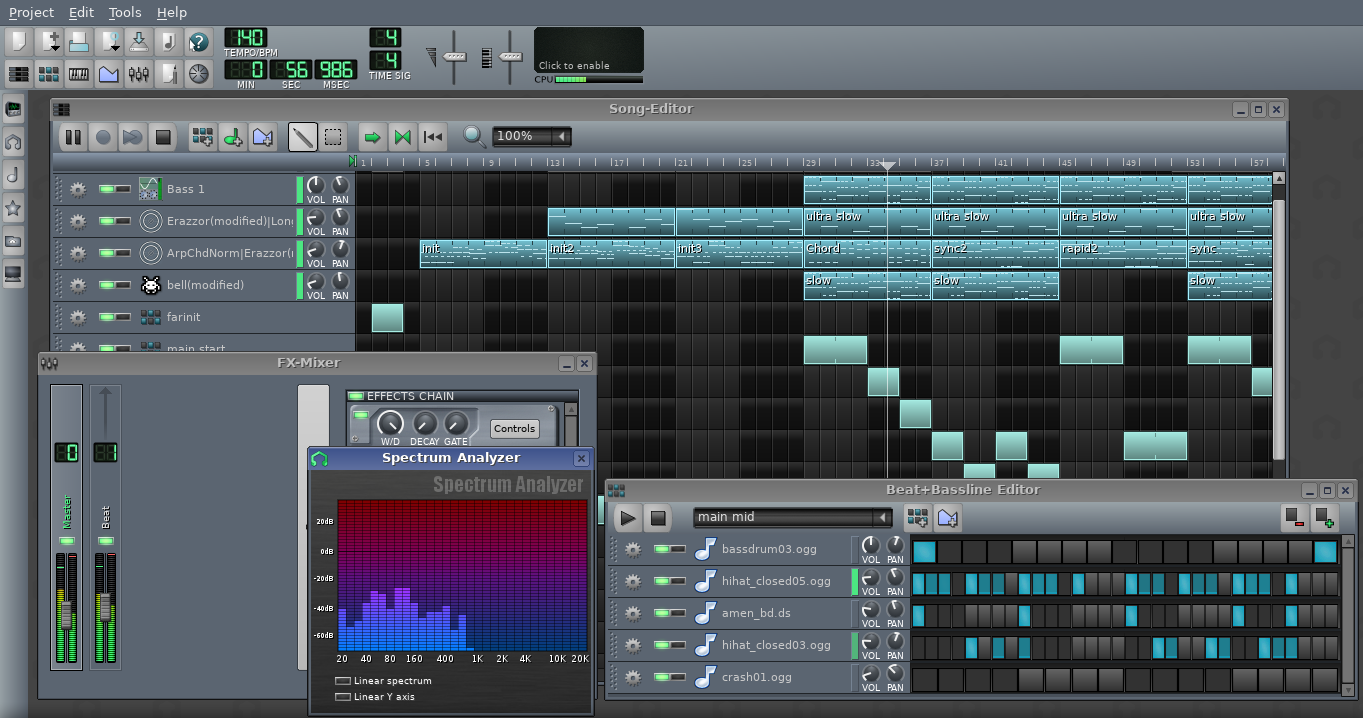 In addition to that, I've modified espeak-ng, a text-to-speech engine, for generating the vocal, which is later mixed into the song using LMMS. It is reported that the lyrics sung by this vocal is difficult to be understood. Nevertheless, it's still awesome to have an FOSS vocal synth.

Here's a demonstration of vocal mod of espeak-ng with the song Happy Birthday: Source File | Generated vocal (remixed a bit with LMMS)

I've been busy lately. I'll release my changes of espeak-ng when I got time. This espeak-ng vocal thingie deserves a separate blogpost which will be available later this year. :)

CC BY-NC 4.0 license grants you permission to redistribute and modify this music for non-commercial purpose, provided that you give credit to "sadale.net". If you do not wish to attribute to sadale.net, or you'd like to use it for commercial purpose, please contact me with the email button on this website. Let me know what you'll be using it for. It's highly likely that I'll grant you the permission for using this music.